Take Our Survey And Protect Your Wealth

Learn of potential risks and vulnerabilities that could drain your wealth.
TAKE SURVEY

Natasha is using a Charitable Trust to leave a meaningful amount of money to the charities that helped her get started when she emigrated from Armenia. Here is her story.

Natasha grew up in what was then the Soviet Socialist Republic of Armenia. Though they both spent their childhoods in the capital, Yerevan, she and her husband would not meet until university. They fell in love and married during their third year of studies.

Following the catastrophic 1988 earthquake that leveled parts of Yerevan, they emigrated to the United States, eventually settling in Watertown’s thriving Armenian community. Though they had advanced degrees in their home country—he in Russian literature and she in biochemistry—they found themselves working menial jobs and they relied heavily on the support of their church and other charitable organizations to make ends meet.

He worked overnight as a parking garage attendant, more than once facing uncomfortable encounters with vagrants and intoxicated passers-by. Natasha tutored her fellow immigrants in English, which she had learned during her university studies in Armenia. Alone at night, waiting for Alex to come home and worrying about his safety, she would bake traditional Armenian pastries to pass the time and remind herself of home. Eventually, she began selling these cookies to her neighbors and other members of their church.

The Power of TrustsA guide to trusts for asset protection, estate tax avoidance, and legacy management

This hobby would eventually turn into a baked-to-order business run out of their kitchen, and then a thriving brick-and-mortar bakery in a terrific location. They were still working long hours, but now they were working for themselves.

Natasha and her husband had only one child, a son they named Alex. They focused their love towards Alex, the bakery, and volunteering in their community and active participation in the Armenian Orthodox Church, the groups that welcomed them warmly so many years ago.

As they approach retirement age and begin to think more seriously about their end-of-life plans, Natasha plans to have Alex take over the business, and to leave some money for their close friends and longtime employees. The remainder of their estate they want to put into improving the neighborhood and the city that welcomed them as strangers.

Natasha and her husband have settled on a charitable remainder trust as the best course of action for them. While they are still settling on which charity or charities to name as trustee, they plan on transferring a meaningful amount of their investment holdings and part of their savings into charitable trusts.

In return for their generosity, the couple can expect to receive income from the trust and a significant tax break, which will provide them with financial security and allow their son to run the bakery.

We know our community; we know trusts; we can’t wait to get to know you.

Gosselin Law is experienced in setting up charitable trusts of all kinds and helping people like Natasha. We have changed the name and identifiable details of this character in order to protect our client’s privacy, yet this story captures the circumstance and type of clients Gosselin Law has helped over the past 25 years. If you see yourself in this story, or are otherwise considering how to preserve certain assets while also contributing to your favorite charities, contact our office today to schedule an appointment. We will discuss your particular situation and work to create a plan just as unique as your story. 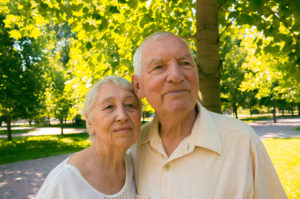 Do You have Questions?